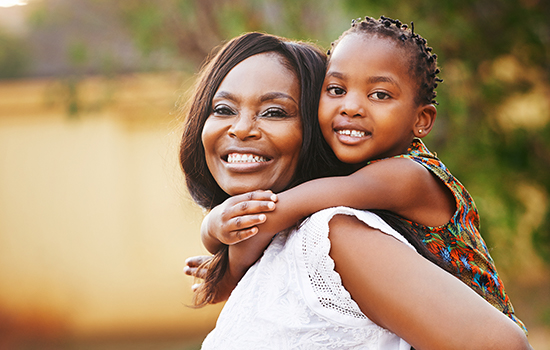 Jasmine was just 13 years old and living with her grandmother in the West African country of Cameroon when her parents in the U.S. finally saved enough money to bring her to Omaha. They wanted their daughter to live in safety and have more educational and economic opportunities than she had in Africa, where she was living in desperate poverty.

SHE FELL IN LOVE WITH A VIOLENT TEEN

Two months after her arrival, Jasmine met a 17-year-old man named Kevin. Three months later, Jasmine moved in with his family and was pregnant with their first child. Kevin, initially loving and protective of Jasmine, became controlling and jealous.

By the time they moved into their own place, Jasmine had given birth to their second child. Kevin began to slap and kick her, but she told no one. The abuse became more intense over time. Jasmine tried to leave him, but the abuse continued. The final incident happened when Kevin found her through social media, kidnapped her in his car, and tried to rape her. She jumped out of the car and ran into the street where she flagged down help to call the police. When the police went to his house, Kevin denied everything. But the judge awarded Jasmine full custody of their children and Kevin was charged with domestic assault and false imprisonment.

THE LAW WAS ON HER SIDE

We met Jasmine in 2016 at Completely Kids, one of our host sites for immigration legal consultations. Upon our request, the Omaha Police Department certified that she was a victim of domestic violence and false imprisonment and had cooperated with law enforcement in the investigation and prosecution of the criminal activity. We documented Jasmine’s victimization, her helpfulness to law enforcement, and the physical and psychological impact of Kevin’s abuse in an application for a U-Visa.

Today, Jasmine waits for her future to stabilize. Because only 10,000 U-Visas are granted per year and there are nearly 80,000 applications pending, it will be a long wait. While her application is pending, she is protected from deportation. But she does not have employment authorization yet, so she struggles to support herself and her children. Within two to three years, Jasmine will likely have a work permit. Then, she’ll be able apply for a social security card and a driver’s license. Four to five years after obtaining the work permit, her U-Visa will finally be adjudicated (2024). After three years with a U-Visa, she’ll be able to apply for residency (green card) (2027). Finally, in 2032, Jasmine will have the opportunity to apply for U.S. Citizenship after meeting all requirements including an interview, exams and more fees.