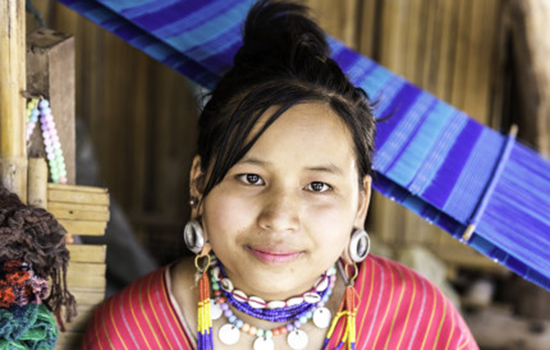 Nyein was born in a small village in Burma (Myanmar). Her father abandoned her and her mother as a baby. When she was about four years old, her mother sold Nyein to another family as she could not afford to care for her due to the grinding poverty in their country.

Sold First as a Servant, Then as a Wife

Nyein does not remember either her mother or father. Instead, she grew up with the family that purchased her. Unfortunately, the family that bought her did not treat her well and forced her to behave as their servant. To make matters worse, Nyein and the family she lived with were part of an ethnic minority in Burma that was being persecuted. Consequently, the family fled to a refugee camp in neighboring Thailand to escape the rampant harm that was prevalent in their country until they resettled in the United States. Nyein was 13 years old when she entered the U.S.

Legally, Nyein’s status was that of a child of a refugee. The family that purchased her stated that she was their child in the immigration forms and brought her to the U.S. with them. The family eventually resettled in Nebraska, where Nyein’s mistreatment and forced labor continued. When she was only 15, her assumed parents falsified her documents and claimed she was 18 years old in order to marry her against her will to a man she did not know. Out of desperation, Nyein called the police who took her into state custody upon learning that she was only 15 years old. After this, she became a ward of the state. Thankfully, her marriage was annulled and a guardian ad litem was appointed in her case.

A Complicated Case for Protection

The guardian knew that Nyein had to take care of her immigration status, but did not know what options she had available. Indeed, her immigration situation was complicated by the fact that she entered as the child of a refugee, but could no longer use that relationship as it was shown that she was not actually the child of the people who had purchased her as a baby. At this point, Nyein’s foster mother reached out for help to Immigrant Legal Center. ILC immediately began working on her case, pursuing Special Immigrant Juvenile (SIJ) status.

ILC was very excited to learn that U.S. Citizenship and Immigration Services granted Nyein’s petition for SIJ relief and now she is able to complete the process of becoming a lawful permanent resident. Although this victory cannot undo the years of pain Nyein has suffered, she now has the security of knowing that she has the legal right to remain in the U.S. and is no longer in fear of being deported back to a country where her people are persecuted.