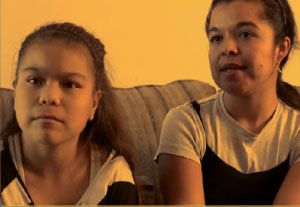 Rosa Receives the Gift of a Healthy Life 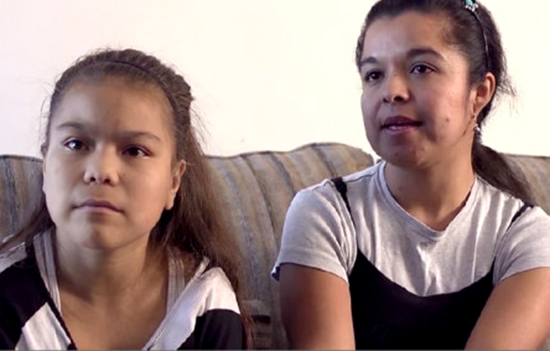 In Rosa’s Case, Her Status is a Matter of Life or Death

Rosa was born in Zacatecas, Mexico. She was five years old when it was first discovered that she had problems with her kidneys. Unable to obtain the treatment she needed, she suffered a seizure when she was seven and had to be rushed to the hospital.

Upon learning of Rosa’s turn for the worse, her father, grandmother, and stepmother (who had previously immigrated to the U.S.), traveled to Mexico to visit her. The seizures were too much for Rosa’s mother. She decided she could no longer care for her daughter and abandoned her at the hospital.

A Chance For Survival in the U.S.

Rosa’s father, Manuel, eventually had to return to the U.S. to avoid losing his job, which was their only source of income to care for Rosa. Thus, Rosa’s grandmother, Ana, stayed behind to look after Rosa. During this period, Ana was told by the hospital in Mexico that Rosa could obtain the care she needed in the U.S. Thus, having no family in Mexico and very limited financial resources, Rosa was brought to the U.S. as it was the only way she would survive.

In November 2003, Rosa entered the U.S. without inspection. The trip nearly took Rosa’s life; she had to be taken to the hospital immediately.

Since her arrival in the U.S., she has resided with her father, her U.S. citizen stepmother, and her three U.S. citizen brothers. Her family members provide Rosa with the love, protection, and constant medical attention she was unable to receive in Mexico. However, despite their efforts and the medical treatment she has received in the U.S., Rosa’s condition is very serious. She will eventually need an organ transplant to survive. She has end-stage kidney disease, cardiomyopathy, and congestive heart failure. Being undocumented, she was not eligible to access the resources she needed to obtain all of the treatment she needed. Rosa receives nine hours of peritoneal dialysis treatment each day. Her parents have been trained to provide this treatment. Additionally, she has to be treated by specialists in pediatric phrenology twice a month.

If not for her entry without inspection when she was seven years old, Rosa would have been able to obtain status through a process called adjustment of status. She was the beneficiary of an approved I-130 Petition that was submitted by her U.S. citizen stepmother. However, because of her entry, the rules required her to return to Mexico to process her visa.

As such, this young girl’s life literally turned on whether she would be granted “parole in place” thereby permitting an adjustment to her status in the U.S., notwithstanding her manner of entry. Although this is an extraordinary remedy, ILC staff began contacting officials within USCIS to pursue parole in place for Rosa. It appeared to be the only option to save her life. Fortunately, USCIS officials were moved by this young girl’s plight and agreed to approve her request.

ILC then assisted her in filing her application to adjust status to that of a legal permanent resident, which was granted shortly thereafter.

However, Rosa had one more hurdle to overcome in order to obtain U.S. citizenship. Following Rosa’s victory, we assisted her father in becoming a U.S. citizen. When he naturalized, Rosa automatically acquired citizenship as well.

It’s been a long and difficult process, but the family is doing well. Rosa’s parents tell us they are overwhelmed with gratitude and joy that their little girl has been given a second chance at life.