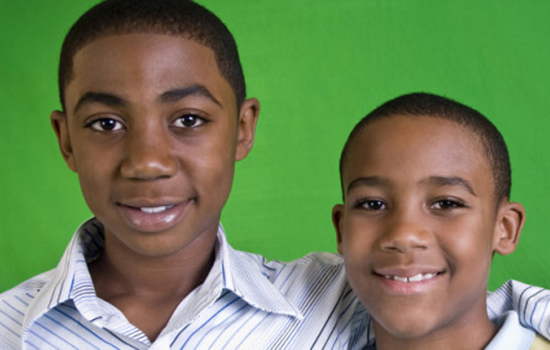 James and Todd were born in Zimbabwe in the early 1990s. Their mother passed away when they were very young. In 2000, their father, John, was becoming an influential figure in organizing a peaceful political resistance to the corrupt ruling regime. After a while, the ruling party took notice of John’s political activities and began to target him for reprisal.

A CHOICE FOR POLITICAL ASYLUM

In March of 2000, John was arrested, severely beaten and tortured by government security forces for his political views. Fearful for his own life and the life of his children, John made the very difficult decision to leave his country and seek refuge in the United States. At just seven and nine years old, James and Todd entered the U.S. with their father.

After his visa expired, John filed for asylum in 2004 and included James and Todd on his application. However, his claim was denied because the U.S. government held that he waited too long to file for protection. Consequently, the family was placed in removal proceedings, facing deportation back to a country where they feared they would be killed. By then, James and Todd were only nine and 11 years old.

THE BOYS BECOME ORPHANS IN A NEW COUNTRY

To make matters worse, John had been battling a very serious terminal disease for many years, which finally took his life in 2008, while the family was still in the U.S. Thus, as young teenagers, James and Todd were orphaned and in the court system trying to fight deportation back to a country they barely knew. It was during this time that they were referred to the Immigrant Legal Center.

Although the passing of their father was very difficult for these young boys, it did create another available form of relief for them. A family friend took custody of the boys and they became eligible to file for Special Immigrant Juvenile (SIJ) status. After their petitions were approved, ILC was able to file a motion to terminate proceedings to permit immigration officials to consider their applications for permanent resident status. In September, 2011, their applications were granted and they are now permanent residents.

Although legal status cannot take away the pain these boys have endured, they can now face life without fear of being exiled to a country where their lives would be in danger. They are both attending college now and we anticipate they will be strong assets to their community.