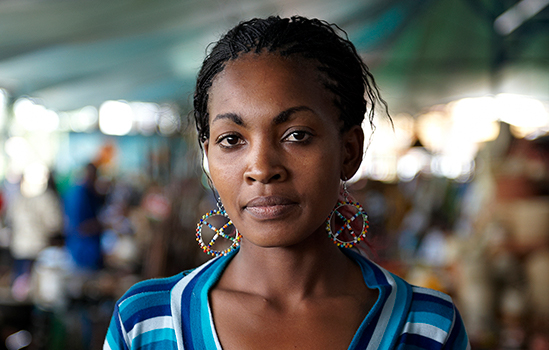 Collaboration Among Agencies Strengthens the Likelihood of a Positive Outcome.

Asya, from Kenya, was brought into the U.S. in 1997 with her parents when she was just three years old. Two years later Asya was thrilled when her sister, Busara, was born. The sisters were inseparable. But everything changed in an instant . . .

At 21 years old, Asya married Daniel, a Canadian citizen. They lived with her parents and had two children. Asya and Busara, 16 years old, were as close as ever. But everything changed the day Asya came home to see her husband violently raping Busara. Daniel ran out the door at the interruption. They called the police. Busara and her parents were taken to Project Harmony, where sexual assault services began immediately.

Busara was born in the U.S., and therefore was a U.S. citizen. However, reporting the crime put Asya and her parents at risk for deportation. Project Harmony contacted ILC for an immigration consult. ILC Domestic Violence attorney advised the parents that if they cooperated in the investigation of the crime, they may be able to access a form of status that would allow them to remain in the U.S. The parents wanted to bring Daniel to justice and eagerly assisted the police in the investigation of the crime throughout the entire process. Meanwhile, ILC attorney assisted Asya and her parents to apply for a U-Visa. In 2015, Daniel was convicted of two separate counts of sexual assault of a minor and sentenced to 15 to 20 years in prison.

ASYA WAS A SECONDARY VICTIM

Asya Needed Intensive Therapy Along With Immigration Relief. Asya was terribly distraught that her own husband had injured Busara in such a violent act. Three months after the attack, Asya attempted suicide. As a secondary victim of the assault—as was the entire family— Asya entered intensive therapy at Lutheran Family Services to cope with the trauma. The possibility of obtaining a U-Visa and work permit was an important factor in her recovery. In October 2015, more than three years after the assault, Asya and her parents were granted U-Visas and work permits. Asya finally felt vindicated.

The trauma this family faced has long-lasting effects. Recovery from traumatic events requires multi-layered approaches. The services they received from the collaboration of the community agencies is helping them to recover. They brought Daniel to justice, Asya found peace, and they no longer live in the shadows because of their legal status. Together with other community services, immigration legal services the family whole again.