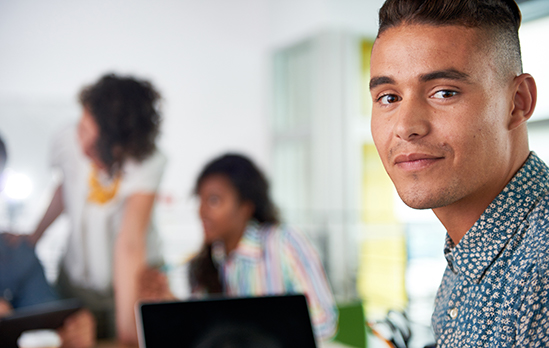 When Remberto’s case first came to ILC, he was detained and had just been denied relief in a published decision by the U.S. Court of Appeals for the Eighth Circuit. See Aguinada-Lopez v. Lynch, 814 F.3d 924 (8th Cir. February 23, 2016) (“Aguinada-Lopez I”). Remberto was facing deportation to El Salvador where his life was in grave danger. As part of our impact litigation work, ILC teamed up with the Center for New Americans at the University of Minnesota Law School, and the law firm of Wichmer & Groneck in St. Louis to file an emergency stay of removal and a petition for rehearing.

In addition to the client’s safety, the main concern in Remberto’s case related to the Court’s categorical rejection of protection for individuals facing gang violence because of familial associations. The Court’s decision was the latest in a series to hold that family-based social groups could not qualify one for protection under U.S. asylum law. Seeing this as an error, Remberto’s legal team sought a rehearing and successfully obtained a stay to prevent the U.S. Department of Homeland Security (DHS) from removing him while his petition for asylum was pending. The Eighth Circuit eventually agreed with part of Remberto’s argument by vacating the first decision and issuing a new published decision that implicitly reaffirmed that persecution on account of family ties is sufficient to qualify one for asylum. See Aguinada-Lopez v. Lynch, 825 F.3d 407 (8th Cir. June 7, 2016) (“Aguinada-Lopez II”). However, the Court still denied him relief on other grounds. While Remberto’s petition was pending, DHS unlawfully deported him back to El Salvador in violation of the Court’s order.

DHS ORDERED TO BRING REMBERTO BACK TO THE U.S.

Remberto’s legal team filed an emergency motion to compel DHS to return him to the U. S., which the Court granted. After several weeks in hiding in El Salvador, Remberto was returned on a privately-chartered plane. His lawful entry to the U.S. not only granted him immediate protection, but it also opened the door for him to seek adjustment of status through his U.S. citizen spouse. Not long after his return, Remberto’s legal team secured his release from detention and re-opened his removal proceedings. He is now reunited with his wife and pursuing his residency application, safe from the gang violence that impacted his life in El Salvador.

To read more on impact litigation, please visit the National Justice for our Neighbors post.