“Asylum seekers at the border are following legal process” ILC Executive Director Spoke with WOWT Regarding Gov. Ricketts Visit to the U.S.-Mexico Border 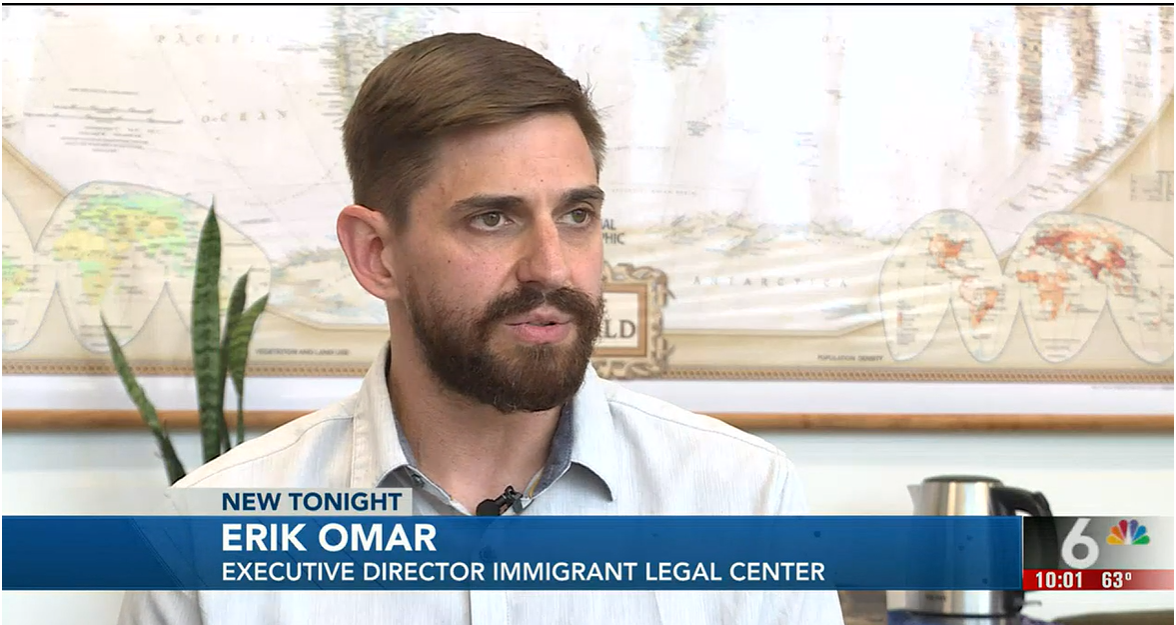 On Wednesday, October 6, Nebraska Governor Pete Ricketts and Iowa Governor Kim Reynolds, along with nine other Republican governors traveled to the U.S.-Mexican border.

The governors presented a list of policies to the Biden administration they say will help secure the border and keep communities safe. Policies being presented include finishing the border wall and requiring asylum seekers to wait for their court hearing in Mexico.

Erik Omar, Executive Director of Immigrant Legal Center said, there is a legal process in place for asylum seekers arriving at the southern border already, adding that allowing asylum seekers to stay in the country is a positive thing.

“They’re working next to you at your jobs, they’re contributing to our economy, they’re paying state, federal, local taxes, their kids are playing soccer with your kids,” Omar said.

Omar agreed the immigration system needs an overhaul, which can be accomplished while welcoming asylum seekers.

“When it comes to the community level and the state level there’s a lot of fear mongering that happens and I think we need to look past that as Nebraskans,” said Omar.