Elizabeth Jane Shanahan, “Jane,” recently discovered through five years of family research that her mom, Santos, and her grandmother, Jesusita, were undocumented immigrants.

It was this discovery that got Jane into funding organizations such as the Immigrant Legal Center, which provides information and opportunities to help immigrants find peace and stability in the United States. It was through this maternal courage and fortitude in navigating the waters first of the Rio Grande and then through the new language and culture, paperwork and path toward citizenship, that compelled Jane to give back to the immigrant community.

We are grateful for the support Jane provides, particularly for making this website and for the production of the Rights and Planning Guide. 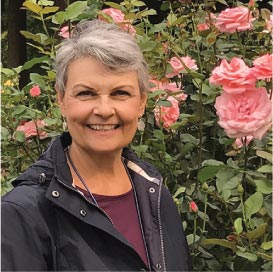 “I’m so grateful to be able to support the work and mission of the Immigrant Legal Center. My grandmother was a woman of courage and fortitude—just like the families who come to ILC for help and their attorneys who provide it. She traveled to the United States for a better life. She gave herself one, her children an even better life, and her grandchildren and great grandchildren a wonderful life! Her legacy lives on here and in Mexico.”

Jane’s family research is extensive with letters, photos, and documents telling the story of a brave immigrant’s challenges as she navigated the path toward citizenship in the United States. We honor her journey below: 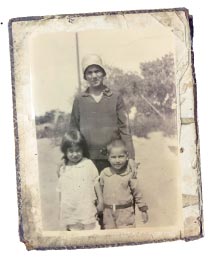 Almost 100 years ago a young woman, Jesusita, traveled northward to take a chance on the hope of a better life for herself and her young children.

She needed courage, fortitude and stamina to face a new beginning, without knowing the language or the culture, just like thousands have needed before and after her. She had the added responsibility of two toddlers to feed and shelter. It had to have been scary! Who knew what lay on the other side of the Mexican border?

She took that chance and stepped across, thereby fulfilling her destiny. 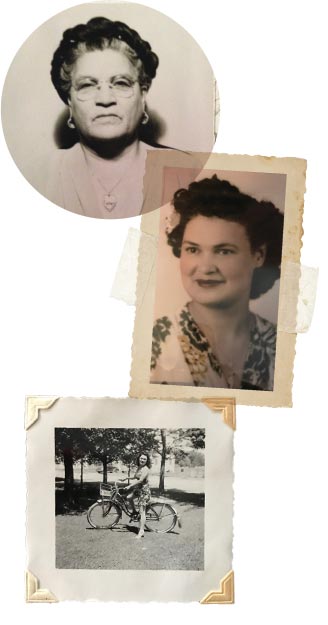 Earliest records find her in New Mexico. She then traveled with her children to Wyoming, following the sugar beet work, and finally settled in Colorado.

Jesusita was also able to help other immigrants along the way. When she built her home in Ft. Lupton, CO, she had several rentals built on the land to help the newly arrived with food, shelter, and finding work. She was quite the entrepreneur!

What courage and fortitude it took to withstand prejudice and judging from others.

Jesusita taught her children to accept and embrace the traditions of their new country. Her daughter Santos took on her new culture with the same courage and fortitude her mother had done. She left the safety of life in Colorado and married, moved to Nebraska, and started a new beginning. Santos also dealt with prejudice and judging in Southeast Nebraska. She faced it and had the stamina to overcome it.

While neither of these women were able to go to college, it is because of these two ladies—my grandmother and my mom—that I am able to honor them with The Jesusita and Santos Baros Courage and Fortitude Fund.

We offer immigration legal services to those who qualify for our assistance.

We accept referrals including removal and complicated asylum applications. If someone you know needs immigration legal assistance, we would love to consult with you.

ILC is a safe and caring place for immigrants and their families to ask for help. Call the NILAH Hotline to determine if you are eligible for a consultation.
1.855.307.6730

Immigrants and their families need support as they face the uncertainty ahead. Join us in reaching out to them with an open and welcoming hand. You will help us keep families together.